It soon became obvious to us that we couldn't live without smoochy Australian Mist boys as pets.  These days, Harry and Brandon are shining examples of the Australian Mist breed and head of our Public Relations and Show-off Departments.  These two boys delight visitors to the cattery, lavishing them with attention, rolling at their feet, climbing on their shoulders and chasing the toys visitors are eager to throw for them.

These two boys are desexed and whilst not used for breeding purposes, they play a very important part in showing visitors what it is like living with an adult Australian Mist cat, which is exactly what the kittens our kitten buyers take home are going to grow into.

Brandon was chosen from 'Tilda's second litter - who could not be gobsmacked by his dashing good looks. Now 2 years old, Brandon is as strikingly handsome as he was as a 6 week old kitten.  With temperament to match, we just couldn't let this boy go.  Reaching out to anyone and everyone at shows, Brandon was a crowd puller in his early show career and continues to be met with open-mouthed admiration by every visitor to the cattery.

Brandon has been courted by many a kitten-buyer, but nothing could convince us to part with this lover boy.

Harry (named after Australian soccer player Harry Kewell), has the same soft temperament as his Dad, Al'adin. Harry was a champion kitten from Ellie's first litter who seemed to have made up his mind before we did, that we couldn't live without him.  So loving is this boy he's first onto the lap after breakfast for the tea drinking ritual and insists on romanticising with our legs when we are preparing dins.

Harry got his name from his early habit of playing a deft game of soccer with a ping pong ball.  So as to not over shadow his name-sake, Harry was registered as Megellna Harry K'ool - a befitting name for this play boy who is one kool cat. 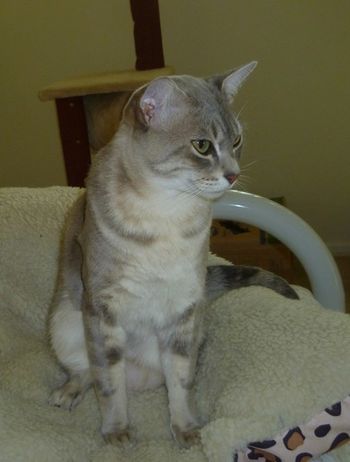 Harry - always ready for a game, takes a breather. 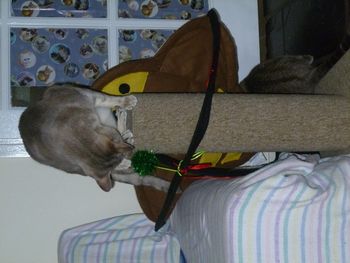 Harry, inventing yet another game tries to "implant" the kittens new activity mat onto a scratching post 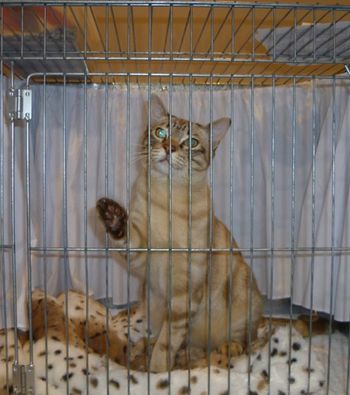 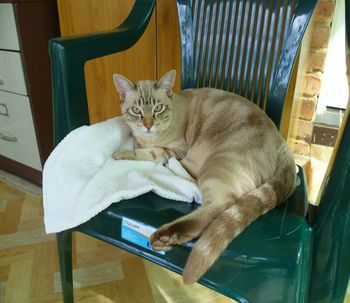 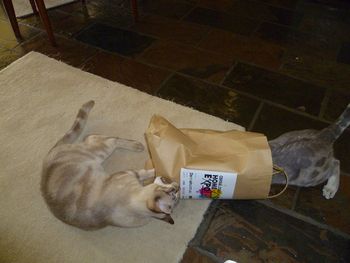 Brandon and Harry - in play together 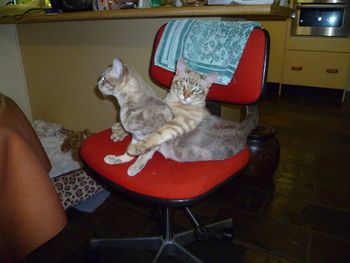